A Brief and Recent History of Best Buy’s Student Deals

A Brief and Recent History of Best Buy’s Student Deals

If you have walked into a Best Buy or logged onto their website in the past couple years, you are likely to have seen promotions for their Student Deals, which are additional savings on tech devices aimed at students and their parents. Depending on the device to which the deals are attached, these bonus savings can range anywhere from $10 to $500 dollars.

gap intelligence has the inside scoop on Best Buy’s PC Student Deals, including some little-known facts about the savings platform. 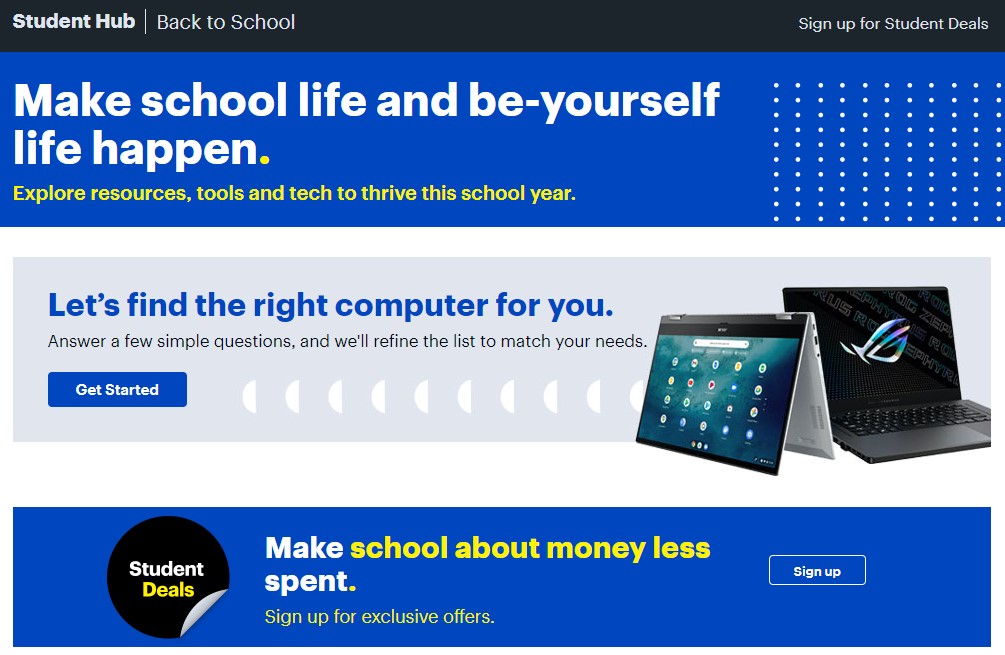 PCs far and away have been the most active categories in Student Deals, aligning with the needs of said students. Of the three PC categories tracked on Best Buy, notebooks have been the most dominant, comprising 64% of Student Deals over the past three years. Tablets and detachables make up the second chunk with 34%, primarily for Apple and Microsoft devices, with notable contributions from Amazon and Google. Desktops round out the PC categories, though inclusion of these devices has been scarce to none since September 2018.

While we are only covering PCs here, Student Deals have also been spotted for a number of adjacent categories including Smartphones, Headphones, and Speakers.

The actual dollar savings offered through Student Deals remained consistent throughout 2018 and most of 2019, with deals hovering between $100 and $150 dollars. That changed once Microsoft began featuring $500 savings on their older Surface tablets and notebooks in October 2019, driving up the average savings. Another spike in average savings occurred in February 2020, when Microsoft brought back some of those $500 savings by focusing more on promoting newer models, albeit with a less aggressive $100 – $200 savings. This highlights how the savings platform has been utilized by manufacturers to both promote new devices as well as clear old inventory, with consumers benefiting from deeper discounts on older models. Following a disappearance of Student Deals starting in October 2020, likely due to supply issues brought on by demand during the Covid pandemic, Student Deals returned to Best Buy in June 2021. However, with the return, $10 savings were now common across Student Deals from top Student Deals runner Apple, and to a lesser extent, Windows manufacturers like Asus, HP, Lenovo, and Samsung. We already see these savings starting to go back up again, with $100 and $150 expected to once more become the dominant value offerings later this year.

While the incentives are clear, the intended customer base is less so. How does Best Buy prove someone is a student? The short answer is: They don’t. In the past, it was reported that you needed a “.edu” school email in order to register for the deals. However, as of August 2021 the Student Deals page only requires that you enter a few details about yourself and a school in order to sign up. The trick is that you must have an email already linked to a Best Buy account, and by signing up for Student Deals, you agree to receive ALL email promotions from Best Buy, not just for Student Deals. 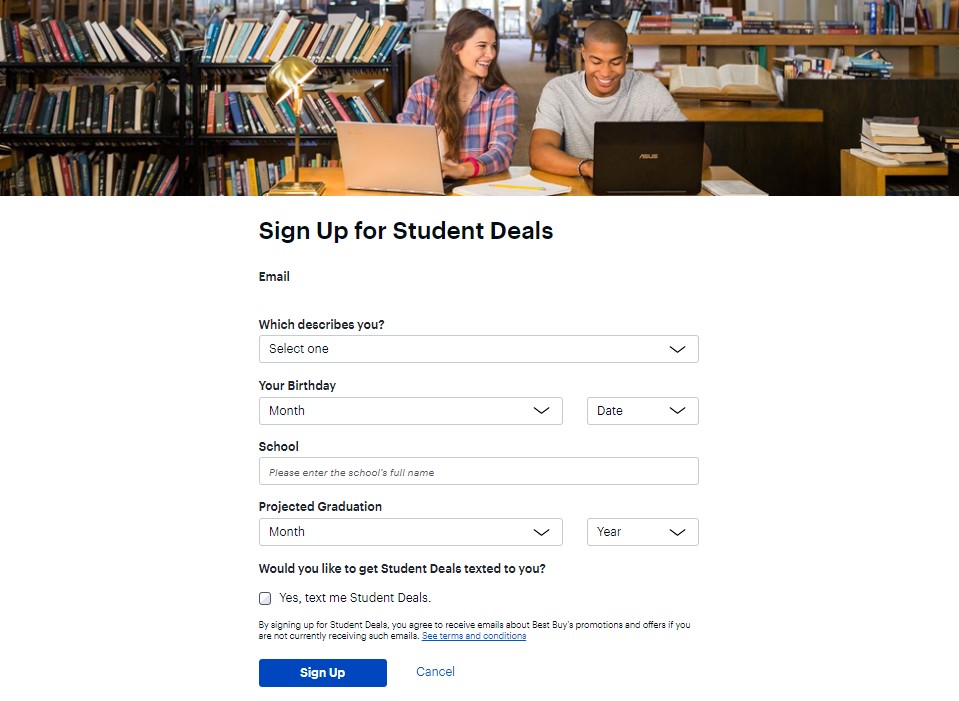 This broader appeal isn’t limited to the audience, either. Our last parting bit of knowledge for you is that, barring the unprecedented impact of the pandemic in 2020 and 2021, Student Deals are typically offered on BestBuy.com year round, not just during the back to school season (though they are more plentiful during this peak season). This means additional discounts may be available on a number of PC devices outside of the summer months, even during the holiday shopping season. Putting historical and current data on the savings platform together shows there’s more here than meets the eye.