Do Different Types of Retailers Advertise the Same Ways in Germany?

Do Different Types of Retailers Advertise the Same Ways in Germany?

A few weeks ago, we reported on the relationship between mass merchants and the home appliances industry during the lockdown. gap intelligence analyzed thousands of retail promotions to understand if electronics retailers are advertising in the same ways as mass merchants.

The results showed that while electronics retailers advertised relatively balanced across the home appliances categories, washing machines had a larger focus with 25% of ads during weeks 13-21). This accounts for an increase of 11 percentage points over what mass merchants advertised for washing machines during the same period. 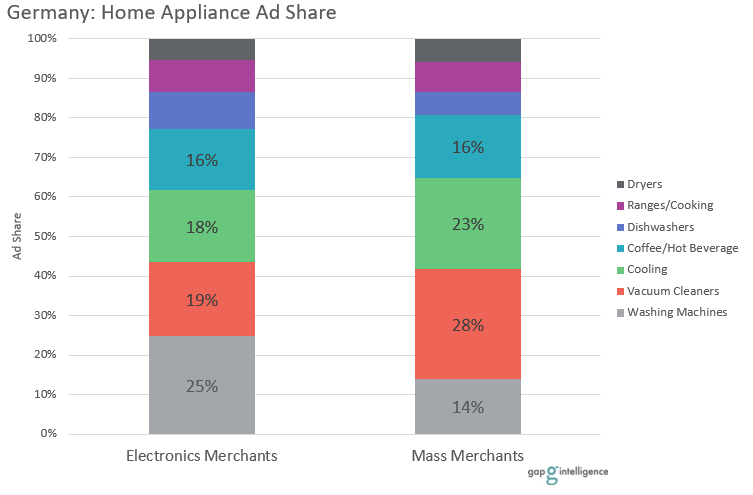 Refrigeration products accounting for the second highest ad share at mass merchants (23%), represent the need for higher capacity food storage for those in lockdown. It also reflects changing habits and the likely increase in demand for “fun cooling” products such as dedicated beverage refrigerators that feature glass front doors.

With a less involved sales strategy, mass merchants are not as focused on the higher priced larger appliances in their flyers as customers are more willing to purchase smaller items that require less help from store employees during the purchase process. This further emphasizes the importance of products such as Espresso machines to this channel.

About the Author: Karsten Holdorf

Karsten Holdorf serves as Managing Director for gap intelligence GmbH, a subsidiary of gap International Inc., the expert for causal data. With more than 20 years of experience in trade marketing analysis, he supports clients in understanding the "why".