There’s no arguing that printers made the essential items list earlier this year when the world locked down due to the pandemic. Like my colleague Jen Osborn stated in her latest blog, the overnight shift brought a resurgence in home printer demand as millions of people began their journey into working and learning from home. The increase in home printer sales was reflected in earnings statements across manufacturers that compete in the consumer printer market. 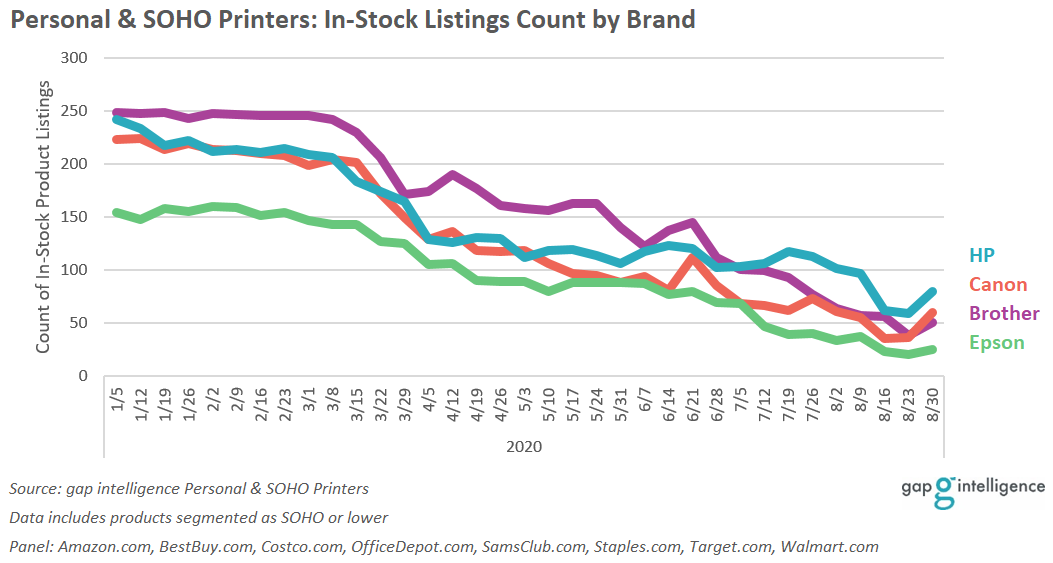 The need for a printer was so dire and widespread that many customers were faced with empty printer shelves in retail and out of stock notices online as manufacturers struggled to keep up with the higher-than-projected spike in demand. However, the jump in home printer sales could not and will not offset overall industry declines, as other strategically important higher-end business segments were negatively affected by business closures.

Brother noted that although the pandemic continued to drive demand for SOHO-segmented product lines, economic uncertainty and office closures (and their associated decrease in page volumes in SMB segments) offset those gains.

Looking ahead, Brother expects its results to at least partially recover over the second half of its fiscal year. However, Brother and other manufacturers will continue to face a challenging business environment has many organizations remain closed or pare down operations. Overall page volumes are expected to remain low and supply will continue to be delayed despite increased demand from those working/learning from home. Brother does not expect its second-half recovery to be enough to return to pre-coronavirus levels.

Canon’s Office Business, which includes key lines like its imageCLASS and imageRUNNER brands, unit faced steep declines with net sales down 30.2% to ¥307.5 billion ($2.6 billion) and operating profit dropping from ¥40.4 billion ($375.5 million) in Q2 2019 to a loss of ¥0.9 billion ($-8.4 million) in Q2 2020. The company made minimal progress in continuing/closing business negotiations and equipment installations with many businesses closed as cities remained in lockdown.

The company’s Imaging System Business, which includes inkjet printers, brought a net sales decline of 30.8% to ¥141.7 billion ($1.3 billion). Although the unit generated an operating profit of ¥800 million ($7.4 million), it still sank 93.9% compared to the ¥12.7 billion ($118.0 million) in operating profit generated during the same period last year. Inkjet printer sales increased by 13.9% to ¥77.9 billion ($724.0 million), with unit growth up 9% year-over-year. Despite the positive performance, Canon’s Imaging System Business unit also houses its cameras business, which offset any gains made by inkjets. Cameras sales were reportedly half that of the same period last year due to the cancellation of many camera-worthy events, restrictions on certain activities, and retail closures.

Canon believes that the market is gradually recovering and business negotiations and print demand will continue to pick up in the foreseeable future. While Canon has observed some signs of recovery in actual demand for both hardware and consumables, recovery in the second half of its fiscal year is expected to be slow as time is needed for in-office attendance (and therefore page volumes) to stabilize.

During Epson’s first quarter earnings period (three months ended June 30), the company generated revenue of ¥193.2 billion ($1.8 billion), representing a year-over-year decline of 22.6%. Business profit was down 3.2% to ¥4.3 billion ($40.6 million), producing an operating profit ratio of 2.3% (vs. 1.8% during the same period last year). Although the company’s business profit was negatively affected by lower revenue, it was assisted by increased home and SOHO ink sales, as well as efforts to cut and control expenses.

Despite Epson’s efforts to expand beyond retail- and consumer-centric printing devices, home printers still represent a major part of the company’s business. Within its Printing Solutions business, printers generated ¥102.3 billion ($951.3 million) with Office and Home inkjet printers representing 87% of those sales (vs. 82% during the same period in the year prior). SIDM devices generated 5% of sales (vs. 8%) and “Other” generated 8% (vs. 10%) of sales.

Largely due to the pandemic, as well as foreign exchange rates, Epson projects a major negative impact on its full-year financials. However, Epson also believes that it can leverage the situation to communicate the strength and value of its Office Shared inkjets, especially with regards to environmental performance and low running costs. 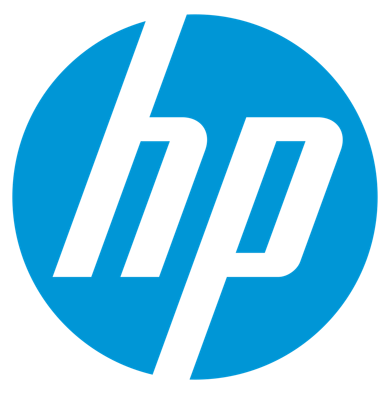 HP just released its third quarter financial results for the period ended July 31. The company’s net revenue was down 2.1% to $14.3 billion year-over-year, and operating margin was 5.4% (vs. 7.4% the year prior). HP’s Printing business was down 20% to $3.9 billion, while its Personal Systems segment revenue increased by 6.9% to $10.4 billion.

While demand in its Personal Systems and the consumer segment of its Printing business showed positive results, HP’s commercial printing business tanked as businesses remained closed amid the pandemic. While consumer hardware revenue was up 7% to $628 million, commercial hardware revenue dropped by 37% to $732 million. Despite the major decline, HP assured the industry that the commercial printing segment showed improvement towards the end of its fiscal quarter, and HP’s global Managed Print Services businesses bounced back a bit in July with page volumes down about 25% (vs. April when HP reported a decline of 40%).

Looking ahead, HP expects that the home and consumer segments (both PC and print) will see growth through at least the end of this year as people continue to spend more time at home. Office and commercial print are projected to see further improvement as more businesses gradually reopen globally, although likely remaining at lower levels. As a result, HP is optimistic that Q4 units, revenue, operating profit, and margin rates will improve sequentially compared to Q3.

As highlighted by financials, home printing segments weren’t enough to drive overall positive results, but at the very least remained a bright spot in a very challenging business environment. It’s safe to be cautiously optimistic during a time of complete uncertainty, and for manufacturers, the key to success will be stay nimble and adapt to find additional revenue streams and ways to provide support to both existing and prospective users.

Although many businesses have been given the green light to resume some level of operation, many employees wills stay remote for the long-term, forcing manufacturers and their channel partners to adapt accordingly to these operational changes.

For more than 17 years, gap intelligence has served manufacturers and sellers by providing world-class services monitoring, reporting, and analyzing the 4Ps: prices, promotions, placements, and products. Email us at info@gapintelligence.com to learn more.