The Adventures of Alexa: Search for the Amazon Treasure Truck

The Adventures of Alexa: Search for the Amazon Treasure Truck

Indiana Jones, The Adventures of Tintin, National Treasure, and The Goonies are a few of my top treasure hunting-themed motion pictures. I don’t know about most of you, but I DREAMED of how it would be if I was part of the arduous and exciting hunt for mysterious treasures. But as I would learn, these scenarios were so enticing for the same reason why media and entertainment are so successful: sensationalism. Many years have passed and the closest I’ve been to one of these ‘journeys’ is searching for painted eggs on Easter. Hard-boiled egg whites and yolks aren’t exactly what one might call treasure.

About a year ago, while shopping at Whole Foods, I walked outside and saw a bizarre, blue truck that looked like it belonged in a circus. I left with my groceries, thinking nothing of it. Not a week later, I saw the same truck driving on the freeway. It was difficult to read the side while driving, so of course, I jumped on my handy, dandy cellular device seeking some answers (once I stopped driving, of course). By typing in the most indirect and obscure string of text to describe the truck, I discovered this vehicle was none other than Amazon’s Treasure Truck. 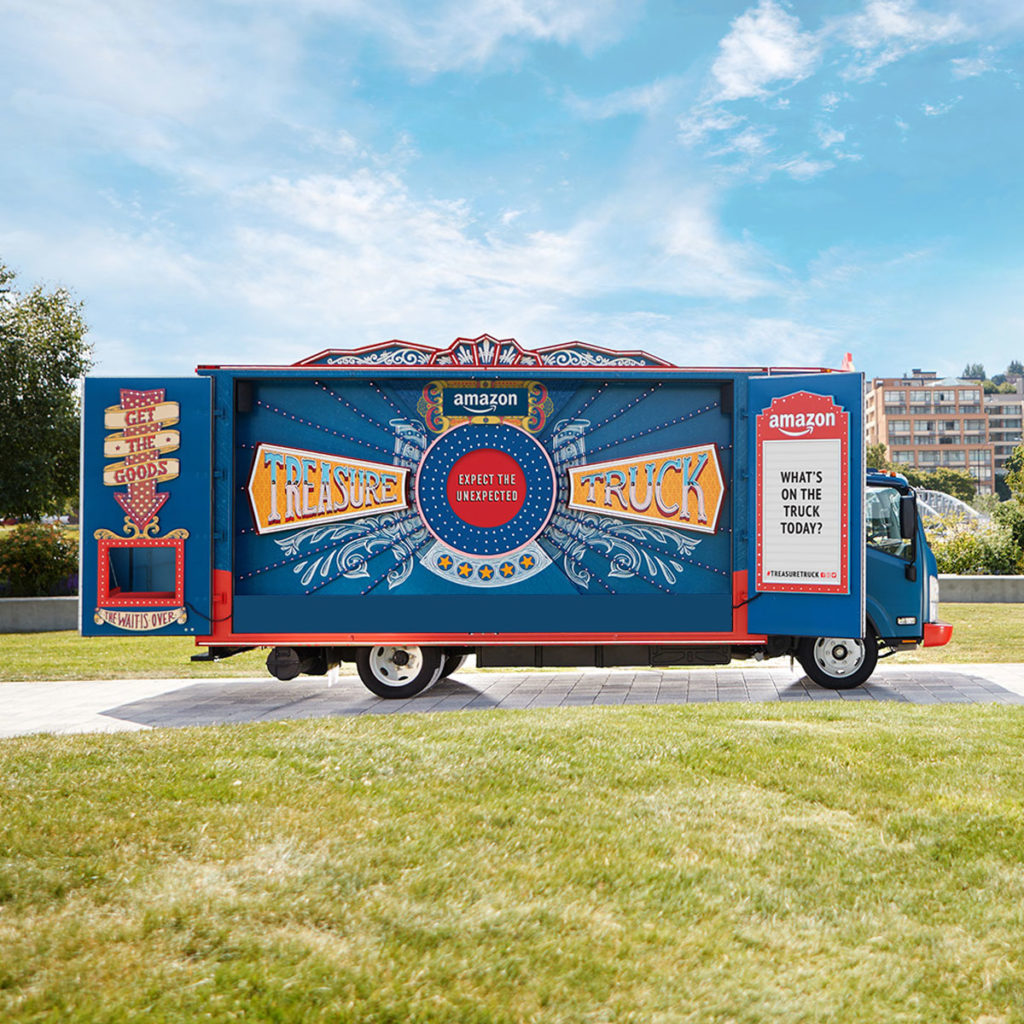 But I still had many unanswered questions. What exactly is the Treasure Truck? Where was it driving to? How do you take part in the Treasure Truck? I clicked on Amazon’s Treasure Truck link only to find that there was an item offered with what appeared to be a substantial savings. But how would I receive this item? Turns out, I would need to go to a pickup location where I would find the truck parked. Well that makes sense, but I didn’t want what was on the Treasure Truck, so I lost interest and closed the browser.

I started my workday as I normally do, when my manager informed me of a robotic vacuum on Amazon’s Treasure Truck. Why did that name sound so familiar? I couldn’t put my finger on it, so I started Googling like the wind. AH! It was like Sherlock Holmes putting the pieces together. I finally understood now that I found something I cared about.

I started comparing this discounted price to gap intelligence’s historical pricing data at Amazon.com. Then, I checked out gap intelligence’s Merchant Pricing Trend to see what robotic vacuums it competed with. But even with this information, I wondered how many people ACTUALLY received Treasure Truck notifications? And if they DID receive the notification, how often did Prime Members buy the products? Was it because of the same-day convenience? How important was the discount discount? Did product’s exclusivity have a part to play? Ultimately, why were these products considered ‘treasure’?

It’s not super clear what Amazon’s reasoning is behind putting an item on the Treasure Truck, but from my own observations, a few ideas float to the surface: 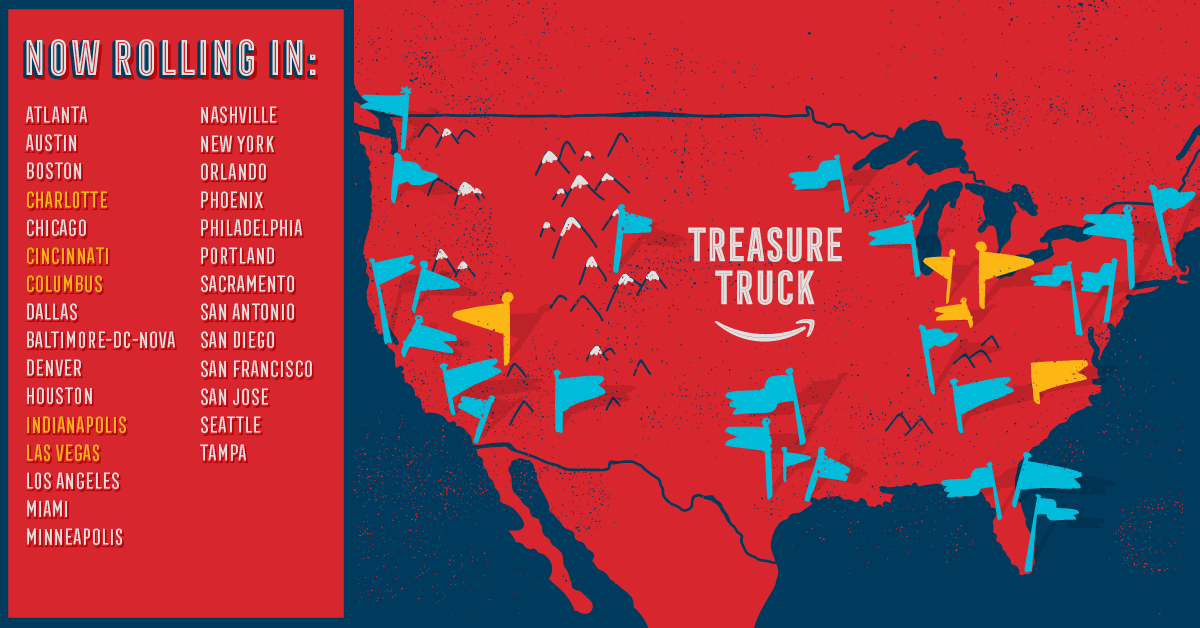 There are 29 cities where Amazon runs its Treasure Truck, providing many major metropolitan areas with goods on an almost daily basis. So, what can you expect to find on Amazon’s Treasure Trucks? Items included range from free doggy treats to home security systems and more. Notably, during October 2019, Amazon has included items that appear to fit the holiday packed Q4 season, targeting shoppers with cookware, home security, headphones, and toys & décor. Key insights from the Amazon Treasure Truck products:

With Amazon’s lack of retail space in most of America, this Treasure Truck provides shoppers some ‘interactive’ entertainment and competition. This is an extremely fitting shopping alternative at a time when consumers are seeking out the best price on popular goods or a unique gift that few people will have. While there were no Monday Treasure Trucks this month, you can expect one to be running throughout the entire Black Friday weekend and on Cyber Monday. But what might appear on the Truck during this peak shopping season?

Given the recent push for seasonal items such as Home Security and Cookware, one can expect to find consumer electronics, including headphones, tablets, robotic vacuums, among other things. But the deals are not likely to end on Cyber Monday. For those of us last minute shoppers who happen to live in one of these select cities, you can bet on finding last minute gifts on the Treasure Truck thanks to the convenience of same-day pickup. So, ditch the old-school treasure map, go to Amazon.com, sign up for SMS notifications for your Treasure Truck, and get your fingers loosened up and ready! You’re not the only one scouring for treasure, so good luck and may the odds be ever in your favor.

About the Author: Ashley Levy