To Game or Not to Game? Apple Rumor Begs the Question

To Game or Not to Game? Apple Rumor Begs the Question

We now live in an age where professional gamers are put on the same pedestal as professional athletes, and where millions of people spend their time (and money) watching other people play video games. You also can’t Google video game statistics without finding countless figures that show the industry growing across different metrics and projections about the industry’s positive growth in the coming years. With the rise of gaming over the past few years, companies inside and outside of the industry have been looking to capitalize on the emerging trend, including some of the largest companies in the world (Amazon bought Twitch in 2014, Microsoft and Google have both developed cloud gaming platforms).

Following reports of Apple working on a gaming-centric Mac device, the question has been raised whether or not the gaming community would embrace the consumer tech company and its gaming offering. First reported by Taiwan’s Economic Daily at the end of 2019, citing “supply chain sources,” was the report that Apple is designing an “e-sports” PC for release in 2020. The gaming Mac (which reportedly could be a MacBook notebook and/or Mac Desktop) would reportedly be priced up to $5,000 and be unveiled at the company’s Global Developer Conference (WWDC) in June.

Apple dipped its toe into the gaming water with the launch of Apple Arcade in September 2019, though this was more of an attempt to appeal to the smartphone-using masses rather than the gaming community. Prior to the launch of the mobile-based video game subscription service last year, Apple did not have a strong relationship with the gaming market. Few games have ran on Mac OS compared to Windows, and many high-end Mac products are void of a dedicated graphics card (GPU) needed to run high-end games.

Nvidia GPUs are found in the vast majority of gaming desktops and notebooks on the market, but are not currently found in any consumer Mac products, suggesting the two companies do not have the existing relationship to launch a new wave of Nvidia-equipped gaming Macs. This would be a hard sell for many gamers that expect Nvidia graphics in their gaming device, but would prove an obvious win for AMD, who has long been the GPU provider for Mac products but struggles to compete with Nvidia in terms of distribution and adoption for gaming devices.

The Obstacles: The Community

The early report of the rumored device mentions that Apple is focusing on providing an “e-sports” device, rather than one for gaming, or more importantly: for gamers themselves. A focus on e-sports before gaming may be a mistake (but may also be a mistranslation from the original report), and could be viewed as a move to grab a piece of the e-sports pie rather than provide a gaming machine that the community needs. The actual need for such a device is in question as well (especially one that could be priced up to $5,000), given the current landscape of popular games and the Windows PC devices already available on the market. Many e-sports games are not graphically demanding (Fortnite, League of Legends, Counter-Strike: Global Offensive), and more casual gamers can find a budget gaming notebook for as low as $500 that can handle even some AAA titles on lower settings.

The point being: the market is not in need of a better mouse trap at this point.

Let’s take a look at the glass like it is half full. If Apple really is launching a gaming Mac, what advantages would the company have? Apple has long been known for making powerful machines; the quality and performance of any hardware included in the new devices would not be in question. The company’s existing brand recognition and strong customer loyalty would also be an advantage, one that could give it an edge over small/emerging gaming manufacturers. Apple could also possibly utilize its existing Mac ecosystem with some kind of cross-platform features, appealing to the millions of gamers that already use Apple devices in other capacities.

Okay, glass half empty time. Prior to the launch of Apple Arcade, which is focused only on mobile games, Apple has had almost no ties with the gaming community. The company would have a hard time winning over gamers and gaining their trust, given that both Windows PC devices and the Windows operating system itself have been synonymous with gaming since the birth of modern PC gaming. The potential $5,000 price point would also prove a tough pill to swallow, given that it blows past the cost of most high-end Windows gaming PCs or custom-built desktop rigs. If Apple would be asking gamers to give them a chance, a much more competitive price point would be needed (something Apple has never been known for).

A more minor point, but worth mentioning, is Apple’s history of keyboard issues. There have been well-known issues with MacBook keyboards in the past (now famously mentioned during the 2020 Oscars), which suggests a lack of confidence for a key feature of a gaming device.

Someone a few years ago mentioned that Mac devices could be utilized as gaming devices with emerging game streaming services like Nvidia GeForce Now (it was me). While newer game streaming services like Microsoft’s Project xCloud (also covered by yours truly) were recently made available on Apple iOS devices, the company has not fully embraced the concept of gaming on its Mac devices through cloud gaming/game streaming. Fully partnering with a game streaming service would serve as a sort of test run of how casual gamers react to gaming on a Mac, and help assess if there is a demand for the devices to run the games locally. So even if the elusive gaming Mac never comes to fruition, gaming may find its way to Macs through other means. 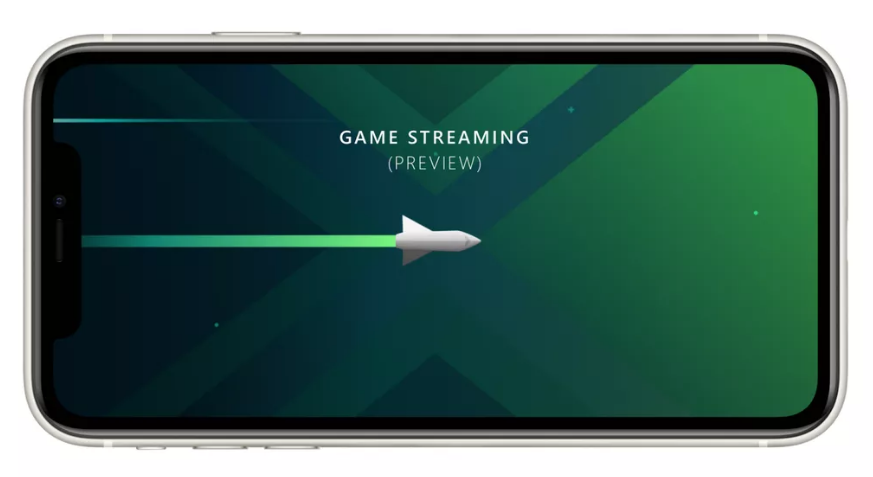 While gamers who have also been long-time Mac users may love the option to also play games on their devices, Apple would likely be fighting an uphill battle trying to sway life-long PC gamers to make the switch to an untested Apple gaming device. Regardless of the truth behind the rumored gaming Mac, the continued growth of gaming and ongoing innovations in connectivity will inevitably bring gaming to Macs one way or the other. Whether it’s a physical device or through the online cloud with game streaming, Apple cannot ignore gaming forever.