gap intelligence is committed to providing our clients with the best possible timely, relevant, and actionable data, information, and analysis needed to make the critical strategic business decisions necessary to stay ahead of the competition. However, even with exceptional data, sometimes the wrong decisions can be made if the decision-making process itself is flawed.

Prior to gap, I completed a MS in International Business Management where I was exposed to a variety of strategic decision-making processes. Most of these processes related to business leadership and management, but many could also be applied at multiple levels, in multiple contexts. This blog will discuss one such process I found particularly helpful and interesting especially given its history of formulation and development. This process is John Boyd’s Observe, Orient, Decide, Act Loop (OODA Loop) and while initially developed for Air-To-Air Combat and then general military strategy, it has since been applied to business, sports, politics, and more. The OODA Loop teaches you to embrace the rapidly changing, chaotic nature of life today and how to stay one step ahead of your competition by approaching the decision-making process with literally a fighter-pilot mentality.

To succeed in today’s fast-paced, ever-changing world, particularly when it comes to decision-making in a business context, one must be comfortable quickly collecting and processing large amounts of data and then rapidly formulating and deciding on strategies to pursue in an environment of ambiguity and uncertainty. Additionally, one must understand that the environment is constantly changing. Consequently, once a particular decision regarding a certain strategy to pursue has been chosen, what it entails is not fixed. A strategy must remain flexible and constantly adapt and evolve as the operating environment changes, or else that strategy will quickly become obsolete and lead to failure.

For example Kodak. In 1975 an engineer at Kodak created the original digital camera and presented it to the company executives. At the time, Kodak dominated the US photo and film industry and the executives, in the words of the engineer:

As a result, the Kodak executives decided not to pursue digital cameras and continued to focus on improving film and traditional camera technology. Fast-forward to 2012, and Kodak, who once had a virtual monopoly on the photographic process in the US, filed for bankruptcy.

The decision-making process that lead to the demise of Kodak is not unique. Unfortunately, many people, business leaders and managers included, fail to recognize, or are uncomfortable with change and hesitant to accept new information and data which indicates that what has “always” worked in the past will not continue to work moving forward. This is because people tend to look at the world and understand how it works through existing mental models they have developed as a result of their experiences, education, culture, etc. Then, when presented with new and unfamiliar situations, or contradictory information, instead of developing a new model to try and explain the unexpected, they attempt to deal with it by forcing it into one of their pre-existing models. This failure to understand, or accept, that reality is changing, a paradigm shift is occurring, and an entirely new model is needed can result in decisions with fatal consequences.

Ok, by now, you’re probably going, “But Austin, I am only reading this because you mentioned, ‘Top Gun’ in the title and it sounded exciting, but so far there’s nothing fighter pilot or Tom Cruise related.” Well wait no longer, because we’ll learn about how John Boyd, a US Korean War fighter pilot, Top Gun graduate and instructor, and US Air Force Colonel developed the OODA Loop and why it is the ideal process to apply when making strategic business decisions to ensure that your company continues to beat the competition, succeed, and thrive. 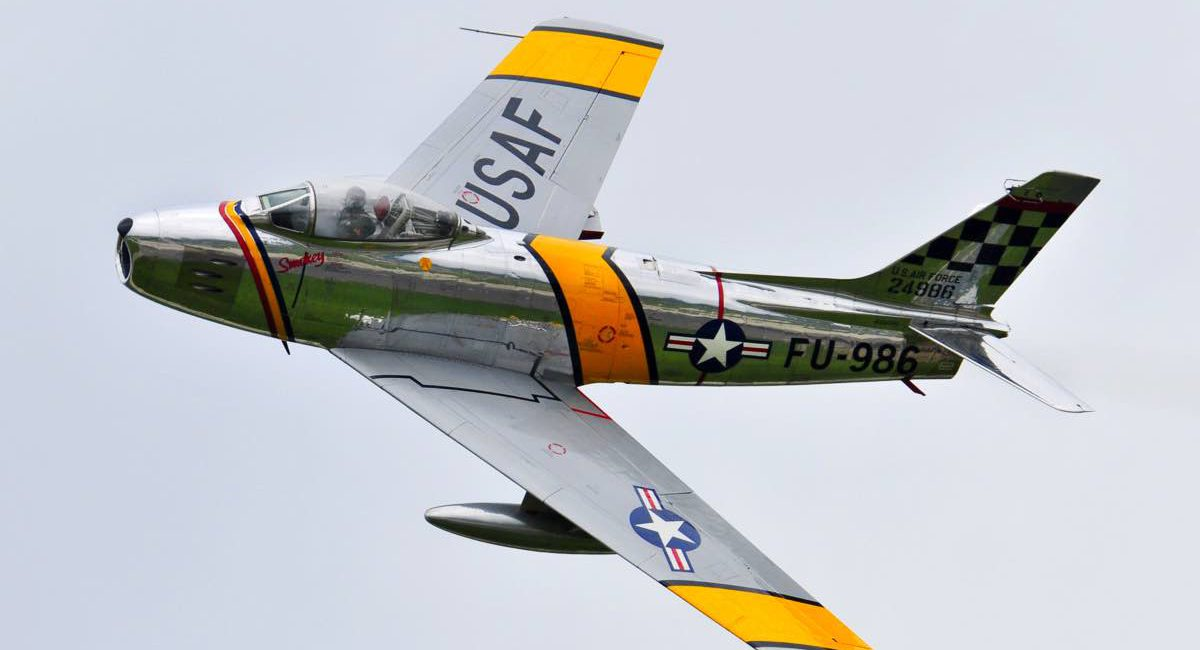 History of the OODA Loop

As mentioned, OODA stands for Observe, Orient, Decide, Act and it was originally developed by John Boyd to describe the process fighter pilots go through when engaged in aerial combat (so-called dogfights). Additionally, pilots do not just complete the process once in a dogfight, they consistently do it over and over in rapid succession (hence the “Loop” part). Boyd studied the outcomes of dogfights during the 1950’s Korean War between the two dominant fighter planes of the time, the Soviet MIG 15 and the US F-86. What Boyd found interesting was that technically speaking, the MIG was the superior plane, yet the F-86 had the better shoot-down ratio by far, averaging ten to one.

Boyd concluded that the F-86 was more successful because of its better visibility and hydraulic controls which made it more maneuverable. This allowed the F-86 pilot to complete the OODA Loop quicker and force the MIG pilot be reactive and constantly on the defensive, preventing him from completing his own Loop in a timely manner, resulting in him losing control of the situation and ultimately the engagement. As Boyd described it:

“The ability to operate at a faster tempo or rhythm than an adversary enables one to fold the adversary back inside himself so that he can neither appreciate nor keep up with what is going on. He will become disoriented and confused…” Boyd’s OODA Loop became part of Air Force doctrine and attracted the attention of the other military branches, so Boyd began refining his process and incorporating theories from other disciplines such as history, science, and physics in order to give it additional depth and strength as well as make it more universally applicable. The foundation with which Boyd started from can be summarized as follows:

So if this is the foundational environment in which we are operating, and these are the embedded mental obstacles we need to overcome, how does the OODA Loop help us make the right, strategic decisions?

First, we address the Second Law of Thermodynamics and Heisenberg’s Uncertainty Principle. We open up the system in which we operate by adopting a wide focus by collecting all the necessary new data and information. We then analyze what has been collected to understand its relevance and impact to us and our goals.

Here we inventory our mental models and toolboxes to see if what we have will work with the new data and information previously gathered. However, because of Godel’s Proof and Incompleteness Theorems, it is likely that none of our pre-existing models are an exact fit. This is when we begin what Boyd called the processes of “Destructive Deduction” and “Creative Induction;” breaking apart our existing mental models into discrete components and then reassembling those now individual parts into new models that more accurately address what was learned from our prior observations.

This is perhaps the most important phase because it is where the new potential models that will be used moving forward are formulated. Boyd notes that the best way to be successful in this phase is to have multiple mental models from multiple disciplines that can be disassembled and reassembled in new configurations. The famous example that Boyd came up with to demonstrate this Destructive Deduction and Creative Induction is:

*Answer at the end.

In this phase you “Decide” which of the new models/strategies you previously formulated you think will work best, or in terms of the Scientific Method, you choose which hypothesis to test.

Finally, you “Act,” implementing and testing the effectiveness of the decided strategy.

Then, you restart the Loop.

Why Is It Effective

The OODA Loop is such an effective decision making process across so many fields for two main reasons. First, decisions are made with an open mind, based solely on the data and information gathered. Decisions are not the results of outdated information, recycled models, and ingrained biases. Using the OODA Loop ensures that when new problems and situations arise, new models and strategies, which take into account all the relevant information, are formulated.

Second, the OODA Loop emphasizes speed in the decision-making while also prescribing steps to ensure greater accuracy. Increasing the efficiency and effectiveness of the decision-making process has many benefits. A shorter decision-making process frees up important resources such as time, energy, labor, and money for additional purposes. Also, like in aerial combat, being able to complete the Loop and act before your business opponent keeps them off-balanced and playing catch-up. They are unable to pursue their ideal strategy because they are constantly reacting to your moves allowing you to shape and control the metaphorical dogfight between you and your competitors:

“Under OODA Loop theory every combatant observes the situation, orients himself…decides what to do and then does it. If his opponent can do this faster, however, his own actions become outdated and disconnected to the true situation, and his opponent’s advantage increases geometrically.”

The OODA Loop decision-making process is the perfect complement for those that use gap’s services because we’ve already taken care of the first, and sometimes second, phases for you. We provide you with exceptional data and expert, in-depth analysis that can be used to jump-start the OODA Loop process giving you the critical head-start you need to complete the process as quickly as possible saving you time and money and ensuring that you stay ahead of your competition.

About the Author: Austin Fitch