About five months ago, I wrote about a surprising new partnership agreement between HP and Xerox, two long-time competitors in the print industry. A few weeks ago, some equally surprising news emerged that Xerox is now trying to acquire HP, a deal that many industry observers would have thought to be the other way around (HP doing the acquiring). The timing of Xerox’s announcement, the size of the investment (HP is much larger than Xerox), and the impact the deal could have on the print landscape are among the most interesting aspects of this news and it’s causing an influx of speculation industry-wide. 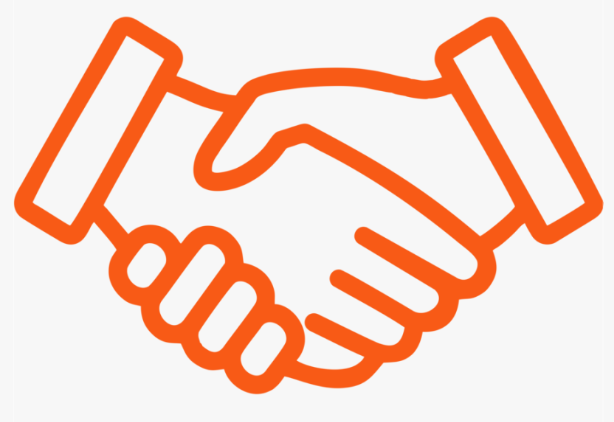 Xerox has reported financial struggles with steady revenue declines for the last three years since its split from its software business (Conduent) in 2016. The company is on its third CEO during the same period and has implemented aggressive cost-cutting measures and a number of layoffs to improve its financial trajectory. The company is also coming off of a failed merger with its 57-year industry partner Fujifilm in 2018, that resulted in Fujifilm pursuing a $1 billion lawsuit against Xerox for not following through on the deal. Considering all these factors, a major investment in HP doesn’t quite seem like it fits in the Xerox equation.

One day prior to Xerox’s proposed offer to HP, Xerox restructured its agreement with Fujifilm, where Xerox received $2.3 billion from selling shares in the companies’ two joint ventures, Fuji Xerox and Xerox International Partners (XIP). As part of the deal, Xerox and Fuji Xerox removed territory restrictions on where each company can operate, essentially freeing Xerox from Fuji Xerox and enabling the company to compete in Asia regions alongside Fuji Xerox. This is a key part of the equation that now allows Xerox to acquire or be acquired by a company.

In addition, Xerox’s internal cost reduction efforts appear to have paid off as the company improved the rate of revenue decline in its Q3 earnings report and upwardly shifted its full-year earnings for 2019. Compared to just one quarter ago, Xerox seems to be in a better financial position to capitalize on growth opportunities.

On November 6, 2019, Xerox offered to acquire HP through a combined cash and stock transaction valued at roughly $33 billion ($22 per share). Xerox’s offer essentially translates to HP’s market value as HP’s shares are down approximately 10% this year, although the company’s annual revenue is nearly $58 billion. Through the deal, Xerox, which is valued at $7.9 billion (nearly three times smaller than HP), would acquire HP’s entire business, including its Printing and Personal Systems business units, as a means to drive increased shareholder value. As a result of the aforementioned cost reduction efforts, sale of assets to Fujifilm, and additional financial resources, Xerox’s stock value is up nearly 85% this year, and Xerox claims that it has secured the necessary funds from the financial institution Citigroup to acquire HP.

The offer to buy HP primarily serves as a financial opportunity for Xerox (led by majority shareholder Carl Icahn) and not necessarily driven by technology development although Xerox would acquire HP’s PageWide inkjet and Samsung-acquired laser-based printer/MFP engine technologies, as well as HP’s Personal Systems (desktops and laptops) business. Meanwhile, HP’s motivation to potentially accept the offer would have more to do with its shareholders than the sum of Xerox’s complementing technology capabilities and channel assets.

In addition to the financial implications above and based on available information, there are several confirmed factors with Xerox’s potential acquisition of HP. Current ramifications of the deal include:

The news of a potential Xerox and HP merger is not necessarily surprising given that there has been ongoing speculation that HP would acquire Xerox for years and given the ongoing theme of print industry consolidation. HP confirmed that executives from both companies have previously discussed the larger opportunity by combining the businesses from a financial, channel, portfolio, and customer perspective.

From Xerox’s point of view, the company is primarily focused on growing shareholder value, and a deal with HP should translate to significant revenue/profit growth. Xerox has arguably been more successful at cutting costs than HP, which recently launched a range of active cost reduction initiatives globally and would likely be able to further scale the company following a merger. From a strategy perspective, Xerox is looking to (and needs to) diversify, and a deal with HP would enable Xerox to position itself as a top global PC vendor and not simply a reseller partner per the companies’ current OEM agreements. One could argue however, that Xerox is 100% invested in print at this time, and would be challenged to successfully run a major PC business without HP’s PC executives maintaining an ongoing role.

Xerox’s decision to acquire HP may provide additional synergies as both companies are arguably more supplies-centric than the majority of other print vendors. HP’s print business model is inherently set up to earn revenue from post-hardware supplies sales and contractual subscription-based sales (i.e. Instant Ink), and Xerox has a successful managed print services (MPS) program and remanufactured supplies portfolio, which have helped drive its supplies sales. Additionally, Xerox could leverage its expansive dealer network to further grow sales of HP’s strategically important A3 Managed hardware portfolio.

Conversely, the deal also would certainly put pressure on HP’s long-time relationship with Canon (where Canon has supplied print engines for HP’s top-selling A4 laser-based devices). Although it’s likely that it would be in Xerox’s best interest to continue the HP-Canon partnership due to the success and enormous installed base of the Canon-based LaserJet engines, and anyone who witnessed Xerox’s recent OEM negotiations with Fuji Xerox would attest that the next Canon OEM negotiations will be contentious.

Following an influx of industry speculation, HP issued a statement confirming receipt of Xerox’s offer and that it is considering a strategy that best suits its shareholders. From HP’s side, the deal would provide an opportunity to create shareholder value as the company has been largely focused on internal cost reduction and massive restructuring efforts due to print declines (and supplies revenue challenges). The print industry is also not expected to grow significantly if at all in the foreseeable future understanding shifts in technology and that millennials are essentially taught not to print.

Roughly 10 days following Xerox’s bid to buy HP, HP announced that its board unanimously rejected Xerox’s takeover offer. HP’s board felt that the offer significantly undervalued HP and ultimately was not in the best interest of its shareholders to accept the offer.

In the letter to Xerox’s CEO John Visentin, HP stated that it is open to exploring other alternatives for a potential combination of HP and Xerox. Meaning that HP appears ready to discuss additional offers and an approved deal could occur in the near future pending appropriate parameters. It’s unclear, however, if Xerox is willing to bring its offer up in line with HP’s expectations.

Both Xerox and HP are strategically focused on improving their revenue and profit trajectory and providing increased value to shareholders via any means necessary. So a merger in the not so distant future is still a possibility. The biggest apparent road block for HP is obtaining the appropriate value for the company, and how the merged company will be managed post-deal and rightfully so, as HP is the much larger entity. In an effort to propagate his agenda, Carl Icahn now owns 4.24% stake in HP worth $1.2 billion, further demonstrating his support of this merger.