Xerox Everyday Toner: How One OEM is Shaking Up the Aftermarket

Xerox Everyday Toner: How One OEM is Shaking Up the Aftermarket

In a bold move to capture revenue in new business segments, Xerox recently released its Everyday Toner portfolio of compatible laser printer supplies for non-Xerox devices. The strategy is particularly notable, as Xerox is the only known printer OEM to offer this kind of aftermarket portfolio, differentiating it from other brands in the print market. The Everyday Toner assortment consists of a mix of new-build compatible and remanufactured cartridges that support a range of A3 and A4 laser hardware models from nine different printer brands – Brother, Canon, HP, Konica Minolta, Kyocera, Lexmark, Ricoh, Sharp, and Toshiba – expanding upon and strengthening Xerox’s position as an aftermarket supplies provider beyond its existing range of remanufactured cartridges known as the XRC (Xerox Replacement Cartridges) line. The Everyday Toner lineup moves Xerox’s compatible supplies offering upmarket to include support for higher-end A3 devices from brands previously not offered within the XRC lineup (which is limited to Brother and HP in the US), enabling Xerox to capture sales from contractual dealer and MPS installed bases.

The new Xerox Everyday Toner (or XET) offering is big news for Xerox, and for its competitors. Xerox was already well-known in the imaging industry as the only major OEM to also manufacture and sell non-OEM toner, and the XET lineup expands Xerox’s addressable market to include a wider range of customers. The XET launch demonstrates that Xerox is doubling down on its aftermarket business, suggesting that the existing XRC lineup has been successful in terms of sales and profitability. And the mid-pandemic timing of the launch could actually prove to be advantageous for Xerox. Here’s why.

Office Printing is Way Down

Due to government mandates that essentially shut down offices around the world in February and March, it’s not surprising that printed page volumes were down significantly in Q2. To-date, many employees (including those at gap intelligence) are still working remotely after four-plus months, with no sign of returning to the office anytime soon. Multi-billion-dollar tech companies like Google, Twitter, and Facebook have all implemented extended work-from-home policies in the wake of surging infection rates in various regions around the country (and the world, for that matter). On top of that, most of the educational sector (from K-12 schools to colleges) have been closed for in-person learning since March and many will begin their fall terms in distance learning formats, further contributing to page volume declines going into 2021. This scenario poses many financial challenges for the dealer community who sell, service, and provide consumables for the printers and copiers in all of those closed offices and schools. The closures translate to less printing, which means declining revenue for dealers and MPS providers. 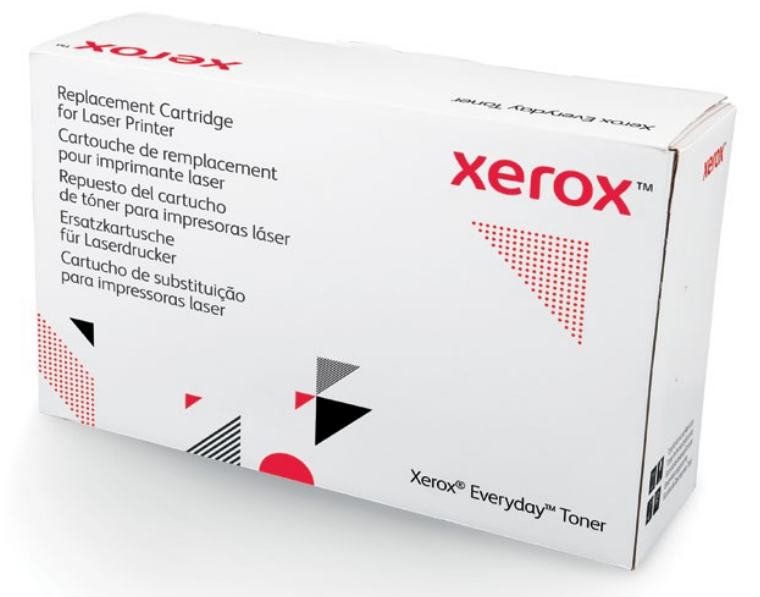 The Economy is in Bad Shape

The most recent jobs report from the US Bureau of Labor Statistics (BLS) shows that unemployment was just over 11% in June, representing approximately 16 million people who are out of a job due to the pandemic. According to the BLS, corporate profits are also down 6% as businesses struggle to stay afloat. While the numbers started to improve a bit between April and June, economists are predicting another uptick in jobless claims in the coming months as infection rates surge in many US regions. And as with any significant economic downturn, people (and businesses) are spending less on non-essentials and are evaluating their spending overall.

One of the ways that businesses may look to cut costs is by decreasing the amount they spend on their print infrastructure, including office supplies, and that could drive businesses and dealers to seek out more affordable ink and toner options. With its Everyday Toner offering, Xerox is targeting printer and copier dealers who may consider switching to lower-cost aftermarket consumables in order to boost profit margins and/or pass savings along to business customers (who are struggling themselves) as a means to remain competitive in bids.

The value proposition for the XET lineup centers on providing competitive prices that average 50% to 60% below original cartridge selling prices, while also leveraging Xerox’s established brand name recognition. Xerox leans heavily into messaging around cost savings, trust, and convenience. The vendor’s messaging also addresses common pain points for both dealers and end users, including quality issues and a lack of reliable customer service. Xerox emphasizes the safety of its XET portfolio, highlighting the strict health and environmental standards that are required for each cartridge. The lineup also features a no-risk lifetime warranty, providing customers with the reassurance of customer support that is fully backed by Xerox. The success of the XET lineup will ultimately hinge on price and performance, understanding that most dealers do not want to risk using aftermarket toner in new (and very expensive) A3 machines.

In general, aftermarket cartridge manufacturers are a major threat to the market share of printer OEMs, particularly within lower-end A4 SOHO market segments. Xerox’s Everyday Toner launch demonstrates the vendor’s efforts to focus on growth within its supplies business with a price-competitive aftermarket offering that will support dealers and MPS providers who sell non-Xerox devices. The lineup is also positioned to compete with higher-tier non-OEM suppliers (e.g. Clover and LMI), many of which have established relationships with dealers and OEMs to support third-party fleets. Xerox’s growth strategy will rely on its strong brand name, high quality/performance messaging, and significant cost savings to win over skeptical dealers who may be more likely to make the switch to non-OEMs given the current economic climate. The timing of the pandemic could prove to be beneficial to Xerox’s Everyday Toner launch as businesses reevaluate spending and look for ways to reduce printing costs.

About the Author: Adrienne Spear