XLOOKUP: The Solution to your VLOOKUP Issues! (…as long as you’re an Office 365 Subscriber)

XLOOKUP: The Solution to your VLOOKUP Issues! (…as long as you’re an Office 365 Subscriber)

Have you heard the news? If you’re not passionate about data like we are at gap intelligence, you might have missed it: Microsoft released a new formula for Excel called ‘XLOOKUP’, the successor to the popular ‘VLOOKUP’ formula, that has many of us spreadsheet-lovers all a twitter. 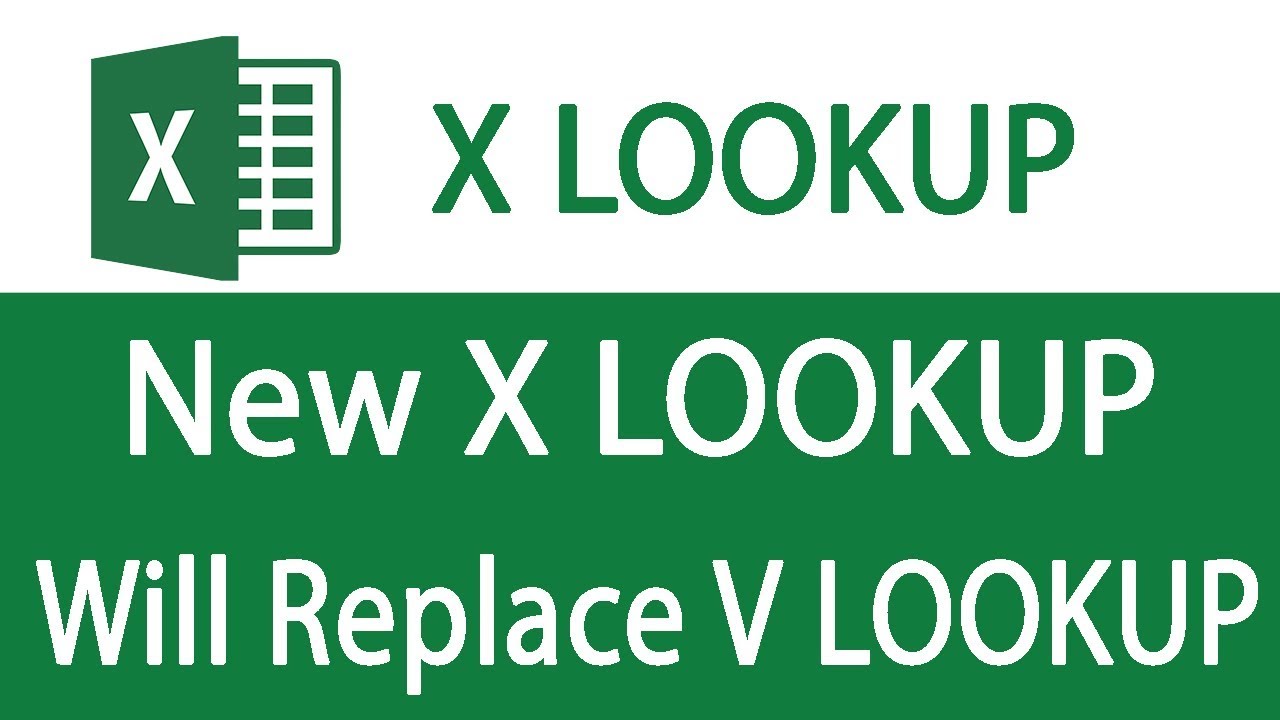 “What’s the big deal?”, you might ask. Maybe you don’t feel that VLOOKUP needs a face-lift. I myself was not busy writing angry letters to Microsoft demanding improvements to it or it’s sibling HLOOKUP, which I also occasionally employ. I even remember fondly the first time I mastered a VLOOKUP many years ago as a new data associate gapper and couldn’t begin to guess how many thousand times I’ve used it since. However, although useful and a fan favorite among Excel users (it is the 3rd most used formula after SUM and AVERAGE), VLOOKUP does have some irritating limitations. Some that even I didn’t think about until learning about the new XLOOKUP’s improvements. Let’s shine a light on those limitations, shall we?

1. VLOOKUP requires a strict left to right approach of the formula itself, which may require the user to have to manipulate their data to work around this formula.

2. VLOOKUP only sends an approximate match rather than an exact match, unless you remember to place ‘FALSE’ in the 4th argument.

4. VLOOKUP will only return the first occurrence of the search, but not the next, third, or last instance.

Even if you never thought any of these were that big of a deal, they are notable limitations nonetheless, and the larger your dataset and more dynamic your data becomes, the more glaring and problematic they become.

Enter: XLOOKUP! (*cue triumphant music*), Microsoft’s long, overdue answer to the issues with VLOOKUP. In addition to solving these problems, XLOOKUP will also now absolve the need to use VLOOKUP or HLOOKUP separately as both can be performed within this same function. Additionally, there will be an available option to exact match or exact match minus/plus 1 character, and even ‘wildcard character match’, which can apparently match a range of characters or any characters (not sure the context of using this one but that doesn’t mean I wouldn’t like to try it).

As someone who enters a lot of manual data for the MFP-Copier and Dealer Cost Report services of gap intelligence, I was just as excited as any other spreadsheet junkie after I looked into the new features of XLOOKUP. Finding a new formula that lessens the amount of manual data entry I might have to do or could shorten the calculation time of the large datasets I work in sounds like a dream come true. I’ll admit that I enjoy devising and fixing complicated, loaded formulas to QC thousands of rows of data, but I’m also acutely aware that efficiency is equally as valuable to my workflow. Because of that, I think XLOOKUP could be a real game changer.

About the Author: Kendra Gebhart